Scope of Homeopathy Treatment in Allergy and Asthma

Allergy can be of two types, i.e. seasonal allergy and all-time allergy. The seasonal allergy is generally occurred in a specific season. In some particular season the pollens from the trees, grasses, weeds are commonly being more exposed than other seasons.  Some persons who are allergic to those pollens, grasses, weeds react abnormally and develop the allergic symptoms.

There are other groups of hypersensitive peoples who react vigorously to the indoor substances like dust mites, mold, cockroaches, animal dander and develop allergic reaction. Even many drugs, climacteric factors, psychological factors also creates allergic induced asthmatic condition to those person.

Pathophysiology of allergy and asthma

The immune system always protects our body from the foreign invaders that try to get inside our body every time. Our Immune system consists of various cells and organs. They recognize the foreign substances and counter attack them to destroy out. The white blood corpuscles (WBC) are known as a part of the immune system. The T lymphocytes (T cells) and B lymphocytes cells (B cells) of WBC plays the major role in protecting our body from the various allergen and pathogen. The T cells and B cells travels everywhere in our body. They pass across the blood vessels walls and moves in the inter cellular space and roam around. They are busy checking the passports of every cell they encounter. Whenever they discover a cell that seems threatening, they immediately begin countermeasures against it. The T cell when find an allergen (allergen or antigen is a foreign cell or protein carry a surface marker molecule which identify it as an antigen or allergen) get activated and produce some chemical messenger called cytokines. Those cytokines activate the B cell to convert plasma cell. The plasma cell produces the antibodies IgE. The peoples who have an allergic constitution produce more IgE antibodies. The IgE anti bodies attach to the mast on the IgE receptor situated over the surface wall of mast cell. The mast cells are found in various parts of the body like in all mucosal lining, eye, skin etc. Those mast cells contain numerous granular substances called histamine. The allergen or antigen get attach to the IgE antibody over mast cell and stimulate the mast cell to release its histamine content outside the cells. Those histamine granules have the pro inflammatory effect and when they come in contact with the tissue surface initiates the inflammatory reaction. So as a result the symptoms of sneezing, running nose, congestion of eyes are found. The inflammatory reaction also constricts the bronchial airways due to oedematic swelling occur in mucosal surface of respiratory tract. So it creates difficulties in taking the breath. The constriction of bronchial tubes as well as mucous secretion inside it creates a sound while taking breath, which is called the wheezing sound.

All persons does not react adversely when they exposes to those allergens or antigens. But those people whose immune system is hypersensitive can develop these allergic reactions.

Scope of homeopathy treatment in allergy and asthma 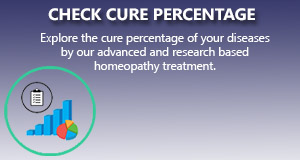